Although this blog is intended to be more than a travelogue, some of the more interesting subjects in my life over the last few years (to me at least) and on which my comments may be of some interest or value to you are related to travel.

So…..last October my wife & I had several most memorable days on the East Coast.  We flew from SFO into Newark and gamely used public transportation to get around:   the bus into New York City for 3 nights there, another bus down to Princeton for 2 nights, Amtrak to Baltimore and on to Washington, then the Metro out to Dulles for our return to SFO. 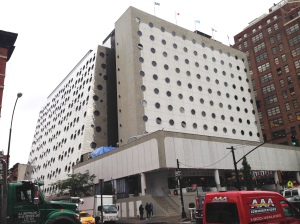 that part of Manhattan, so walking offered the best way to check it out.  We made a beeline for the Chelsea Market, which is full of specialty shops for discerning New Yorkers and tourists.  (Posman Books’s letterpress card selection was superior as were The Lobster Place’s seafood display and offerings.) 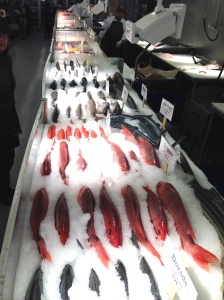 A Google sign affixed to the large building (2.9 million sq. ft., 4th largest in NYC) across the street attested to Google’s purchase of the building for its New York office in 2011. 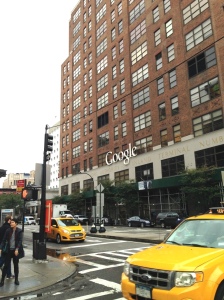 Nearby were many top notch retailers and the southern terminus of the spectacular High Line, an elevated 1.5 mile linear park on which we were awestruck by the views of New York and impressed with the variety of the park’s own landscapes and architecture. 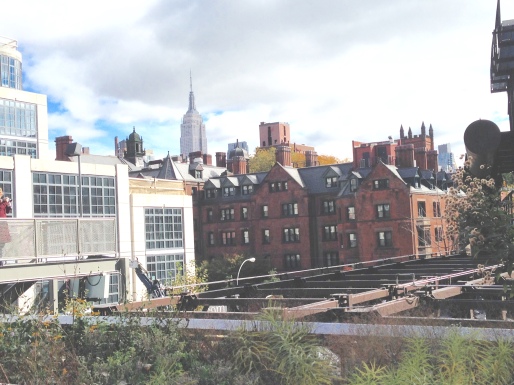 Typical view from the High Line

We spent most of day two walking up town, taking in the bustle of the City during a steady rain.  Setting out, we had no particular destination beyond the large emporium of Italian food, cooking, culture, etc., Eataly on Fifth avenue at 23rd. 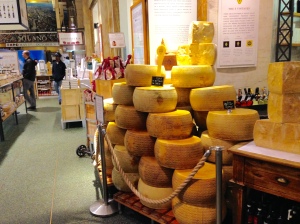 After a pastry and great cup coffee we continued north on 5th Ave. and, after several short hours of taking in 5th and Madison Avenues, we were on the Upper East Side.  We decided to visit the East 70th Street club house of the Explorers Club, which I’ve been a member for many years.  Immediately upon entry we were very pleasantly surprised to be greeted by President Alan Nichols’s wife Becky, who we knew from the Bay Area and who just happened to be in the lobby as we arrived. 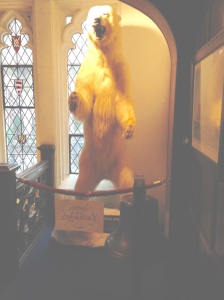 (Mr. Nichols had just left for a flight back to SFO, while Becky stayed to continue her commitment to improving the clubhouse’s interior.).  Becky gave us a great tour of the building which included a one of a kind coincidence when we happened into one of the meeting rooms to find the Club’s aged tiger pelt being unfurled –it had been away for several months for cleaning and restoration. 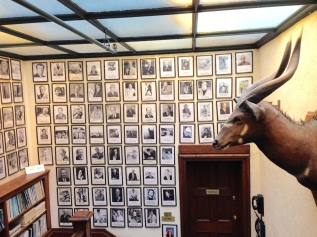 Photos of members, all interesting

On day 3 we kept near to Chelsea, walking the the High Line a second time as well as finding a crossing to the north end of the Hudson River Park.  Walking south, we couldn’t help but notice a temporary installation of wonderful moving sculptures by artist George Sherwood and were enthralled.   This extraordinary show of 6 pieces was in situ for only 8 months of 2014 and made for one of the best hours of our time in New York City.

See them all in this 2 minute video:

Companion of Wally who is featured at MrWally.com. More at https://www.linkedin.com/in/kristjake/
View all posts by Krist →
This entry was posted in Outdoors and tagged New York City. Bookmark the permalink.