This is Part 2 of a recap of the shorts shown at MountainFilm in Mill Valley in mid September.   Shorts varied in length from under 2 minutes to 29 minutes and featured people and their endeavors on mountains, in the surf and much in between.  Some films featured nature, others contoured a human’s spirit.  The group was a subset of the shorts screened in Telluride at the MountainFilm Festival over Memorial Day weekend, and you can find a comprehensive list of those films here.

Mill Valley is a mountain biking nexus and bicycle themed shorts were abundant:

Ashes to Agassiz, 2 minute trailer for a film about an aggressive bike rider.

Beat Down – A couple of millennials tearing up Utah while on bikes.  Viewer discretion advised.  3.5 min.

Dark Woods BMX – In a forest, 3 min. of acrobatic bicycling.

Taxco Urban Downhill – In Mexico, a bicyclist with a helmet mounted GoPro descends on a varied and interesting urban route.  4 min.

The Thousand Year Journey: Oregon to Patagonia*-  This 4 min. short may be a healthy nudge to take on something new.

Similar but different from the preceding are shorts involving “wheels other than bicycle:”

James Kelly – Burn it Down  A Petaluma native skateboards in the Sierra Nevada.  Scenic and all downhill.  4 min.

No Ordinary Passenger*.  A senior citizen and sidecar champion conveys his skill & love

Demo of “flow” from No Ordinary Passenger

of sidecar motorcycle riding.  An unusual endeavor, historic footage, and a compelling protagonist make this quite outstanding and one you’ll remember.  7 min. and none too long.

Drainage Ditch Kayak – made possible by GoPro, has had 1.8 million views on YouTube.  The title is a giveaway, 3 min.

A Line in the Sand – Animated, colorful, straightforward and a short 2.5 min.  Animated 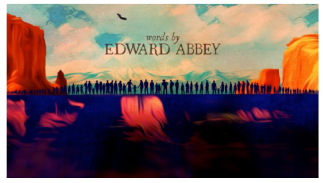 From A Line in the Sand

films have a lot of unrealized potential to influence and be for good, and this film is an example.  By the Grand Canyon Trust.

River of Eden is on a beautiful Fijian river and its place in life.  5 minutes.  More at http://RiverofEden.com.

When the mountains reach the sea we have the coast:

The Coast, both scenic and thoughtful, is 6 minutes of therapy, courtesy of the ocean.

The Fisherman’s Son, 29 min.  Born and raised at Punta de Lobos, Chile, Ramón Navarro found his passion riding the biggest waves on the planet. But his accomplishments in giant surf are just one part of a bigger vision to protect the culture and environment of the Chilean coast.  By Patagonia and quite good.

The Right’s centerpiece is a big wave in Western Australia.  2 minutes of beautiful nature and man challenged.

Finally, we have the hard to categorize Moonwalk.   With a rising moon in the 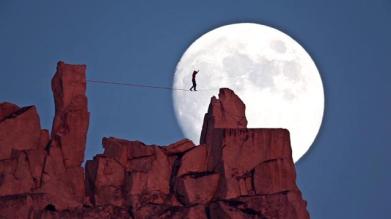 Over the past decade or so, the proliferation of devices and software to “catch the moment” has led to an explosion in the quantity and quality of geo-based shorts.  Those noted above are worth a look as are others mentioned elsewhere on this website and accessible from https://kristjake.com/category/books-films/page/2/.

Over the past few years Mountainfilm has advanced rapidly and its touring program now includes  150 or sites around the world.  Since Banff Mountain Film Fest’s traveling program now involves over 600 sites, the growth and reach of these festivals make it clear there is significant audience demand for what they’re offering, film programming that is geo-based which almost always features a human actor, protagonist, or story.

Companion of Wally who is featured at MrWally.com. More at https://www.linkedin.com/in/kristjake/
View all posts by Krist →
This entry was posted in Books & Films, Film Festivals, Outdoors. Bookmark the permalink.