The 12th annual San Francisco Int’l Ocean Film Festival wrapped up earlier this week.  Beginning last Friday, I attended all eleven films screenings and, as has been my goal in previous festivals, saw every film.

Below are my impressions on various elements of the Festival.  In a future post I’ll discuss the films.

Opening Gala  – Excellent.  In San Francisco Maritime National Historical Park, the Maritime Museum is the quintessential venue for an ocean film festival.  Fine cocktail hour with a variety of hors d’oeuvres including oysters from Hog Island.   User-friendly short lines for drinks.  The sit down dinner was ordinary but the speeches were, thankfully, short, leaving more time for mingling afterward until the witching hour of 11.

Silent & live auctions – Featured attractive, thematic items and experiences.  Live auction auctioneer Chad Carvey was excellent.  Whatever his fee, he surely earned it back in incremental revenues; he was a unifying and entertaining  presence as well.

Film screening venue – The 437 seat Cowell Theater, the Festival’s original venue, is as ideal a venue as you’re likely to find for an ocean film festival.

Taking a break between film programs just outside of Cowell Theater.

Many guests commented on how much they preferred Cowell to the last few festivals’ site, the Pier 39 auditorium.

Attendance – Appeared to be about the same as it’s been. Plenty of vacant seats for all programs, with the Friday evening surfing program the closest to capacity.

Film program schedule – Only Ok.  Given the dearth of dining near Cowell, a little more time between programs would have been nice.  Also, start times for panels weren’t honored because film programs ate into the panel windows, inconveniencing some customers.   Finally, scheduling programs on Monday evening, the night after the very festive wrap party, was perceived by some to be odd.

Films, variety – Only fair.  Subject matter seemed to be skewed to plastics and other ocean problems, and underwater subjects.  To the dismay of some including this writer, very little in the way of exploration, adventure, or sports. (Even though such films are known to be crowd pleasers as shown by the successes of other geo-film festivals such as Banff, Mountainfilm, Waimea).   Also there was no film even remotely connected to the Navy, Marines, or Coast Guard, all meaningful ocean-related employers.

Films, editing – In the history of SFIOFF, few films have suffered from being too short, and this pattern held at #12.  Many, if not most, films screened were too long for the way the subject was treated.  Redundancy.  Drifting off point.  The feeling of padding to get it to TV length of 52 minutes.  Film makers who may be reading this, please take heed and use the scalpel more.

Operations – Volunteers were numerous, visible in very attractive long sleeve T’s, and working enthusiastically.  Selling tickets, flagging down attendees in front of the Cowell building, taking tickets, ushering inside Cowell, and so forth, volunteers made a great impression and conveyed responsibility and professionalism.

Emceeing – Excellent. Returning for the role he has so ably filled for festivals #2-#11, Andy Thornley* was the on-stage host for most programs.  For almost all programs, a SFIOFF director was onstage first to make an announcement and introduce Andy, a very nice touch.

Customers – Appearances were generally consistent with previous festivals.  Also, as has been the case at earlier festivals, an apparent inconsistency between the demographics of Opening Gala attendees and Cowell Theatre film screening attendees.

Lobby tables – As at past festivals at Cowell, approximately 8 tables were set up for aligned non-profits, and occupancy rotated amongst a longer list of exhibitors.  Tables were “manned” by each non-profit’s staff or volunteers.  It would have been helpful if there had been a directory with short descriptions of the exhibitors.

Youth program – Four screening slots on Friday and Monday were available free of charge to students from local schools.  With their teachers, hundreds of students attended.

Student film competition – With middle and high school divisions, it was apparent this competition is embraced by a wide variety of schools.  The Sunday morning screening and awards program was a huge hit with those in attendance – an audience far more enthusiastic and vocal than any other program’s.  Finalists were present from Michigan and California cities including Long Beach.  Contestants in Turkey presented themselves in a video.

Wrap party – At the Dolphin Swimming and Boating Club, it was festive for all.

Located an easy walk from Cowell, the Club’s feel, boat collection, and connection to the Bay made it the ideal venue.  A door charge of Zero made it even better! 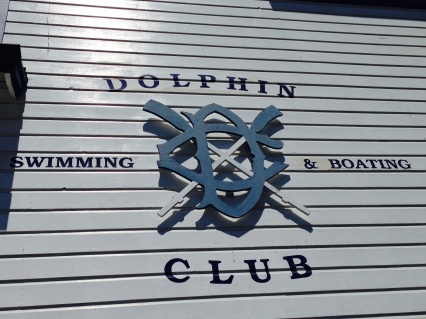 *Andy and his wife, Tracey, were instrumental in the creation of SFIOFF, putting in many, many volunteer hours before #1, while working on graphics, stationery, web design, brainstorming, etc. Tracy and Andy were the first and original Volunteers of the Year.  At Festival #1 Andy was the Festival’s equipment manager, projectionist, and all-around handyman, limiting his ability to MC. 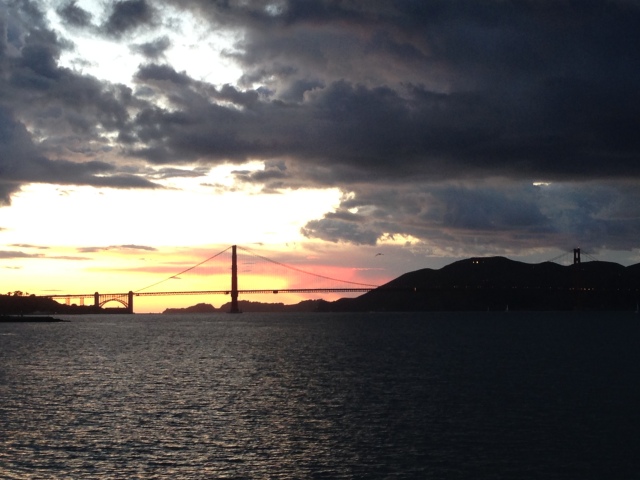 Again from just outside Cowell, later that day…

Companion of Wally who is featured at MrWally.com. More at https://www.linkedin.com/in/kristjake/
View all posts by Krist →
This entry was posted in Books & Films, Non-profits, San Francisco. Bookmark the permalink.